by The Cavemen Go 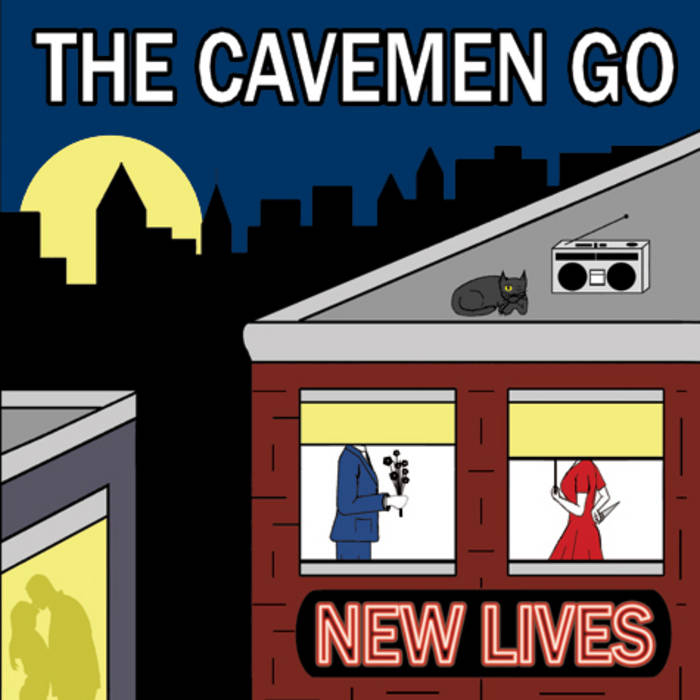 Purchase the album at thecavemengo.com

The Cavemen Go. Yes, they do. Hailing from New Haven, Conn., Boston, Mass. and Brooklyn, NY, The Cavemen Go have kept going through more than a half decade; through two EPs (2003′s The Cavemen Go and 2005′s Never Part Again) and a full-length; through countless shows at clubs, bars, cafes and festivals. Through it all, they’ve come to be recognized as one of the finest pop bands in the Northeastern United States, consistently solid in songcraft and performance, constantly growing and honing their sound to an ever-sharper point.

From the time The Cavemen Go first emerged as a duo (singer/guitarist Jeremy Sage and drummer Bob Rock) in 2003, the band was markedly distinct from their Connecticut peers. Sage’s songwriting channels the no-frills, hook-heavy sounds of early rock’n'roll without coming off as self-consciously retro. His lyrics and singing convey an unabashedly-hopeful romanticism, but the kind tempered with dry wit and emotional ambiguity. Those creative tendencies have continued.

New Lives, recorded by the members of the band (Jeremy, Bob, keyboardist/singer Emily Hamar-McMinn and former bassist John Varrone) in an empty apartment above a lawyer’s office sees The Cavemen Go further fusing the past and the present. The Brill Building/British Invasion/Motown influences are still there, as are nods to the poppier end of contemporary indie rock. There are even shades of country and folk-rock. Simultaneously modern and classic, nuanced and efficient, New Lives showcases the band’s punchiest, most urgent melodies yet. With the arrival of new bassist/vocalist Brian LaRue, The Cavemen Go are poised for yet another exciting chapter.